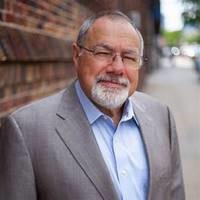 Charles "Charlie" Antonucci, 71 of Woodside, entered peacefully into eternal rest surrounded by his family on 23rd of May 2022 at Mt. Sinai Hospital, Manhattan. Charles is survived by his loving wife Grace of 19 years, his sons and respective daughters in law, Charles Jr. (CJ) & Lisa, Richard & Tina, Michael, and Matthew & Tracy; his seven grandchildren Alexis, Trevor, Alana, Natalia, Maximus, Aryia, and Scarlet; and his sisters Gilda and Francis. He is predeceased by his parents Salvatore and Mary Antonucci and his sister, Sally. Charles was born in 1951 in Staten Island New York. One of four children. Living in Staten Island and Brooklyn in his youth, he moved to Saranac Lake to start a family and several years later lived in Wappingers Falls where he raised his four children. He eventually met the love of his life, Grace Molnar in 1999, and relocated to Woodside Queens where he lived until his death. Charles served in the army during the Vietnam conflict, obtaining the rank of Sergeant. He had an extremely successful career in finance and eventually became a successful entrepreneur which spanned private equity, consulting, motion picture production, and real estate to name a few. Through various career stages, he found his final motivation in passing on this experience to others throughout NYC and the Queens Economic Development Corporation as a mentor and consultant to aspiring business owners. He was a strong supporter of his alma mater, St. John's University, would often teach courses to their business students, and established the Salvatore Antonucci Memorial Scholarship fund in memory of his father. Charles devoted many years to coaching youth baseball, and basketball for all of his sons. He was an avid reader and golfer. In last few months of his life, he reflected on the numerous adventures and experiences that fulfilled his "bucket list". Through all of his accomplishments and titles, it was the title of "POP-POP" and times he spent taking his grandchildren for ice-cream and Barns & Noble trips that he valued over all. Charlie's profound love for his family was his guiding light. Cremation will be completed at Edward D. Lynch Funeral Home with no services at this time. Charlie's final wishes were to have his family spread his ashes in one of his favorite places in the world, Baker Mountain, Saranac Lake, NY. Although the grief of losing Charles is immense, as he would say, "This too shall pass." Please consider a donation to the foundation Charlie established to help fund educational opportunities. Contributions can be sent in Charles' honor to: St. John's University, Salvatore Antonucci Memorial Scholarship fund. 8000 Utopia Parkway, Queens, New York, 11439.